We choose “to bee” and with that decision made, Mr. Bluejeans and I attended our first meeting at our local area beekeepers association. Bee keeping is something we decided to do years ago. Really, the moment we realized homesteading was in our future, bees came into the picture. Also, with bee populations dwindling at an alarming rate, we feel a duty to join others and bring this much needed insect back to it’s past numbers.

Honey bees specifically pollinate about 100 crops in the United States. Insect pollinators contribute an estimated $24 billion to the U.S. economy annually, according to Foundation for Food and Agriculture Research. Varroa mites have become resistant to many commercially available chemical control agents in recent years.

Our first meeting found us listening to Certified Master Beekeeper Kent Williams, a very knowledgeable gentleman, who is well versed in any bug or disease that can kill your hive. I took a few notes, which I hope will be of value later, but mostly what he spoke about was a bit over my head. To my ears he was speaking a foreign language that I’ll have to learn. Maybe I can find Rosetta Stone for Bees. 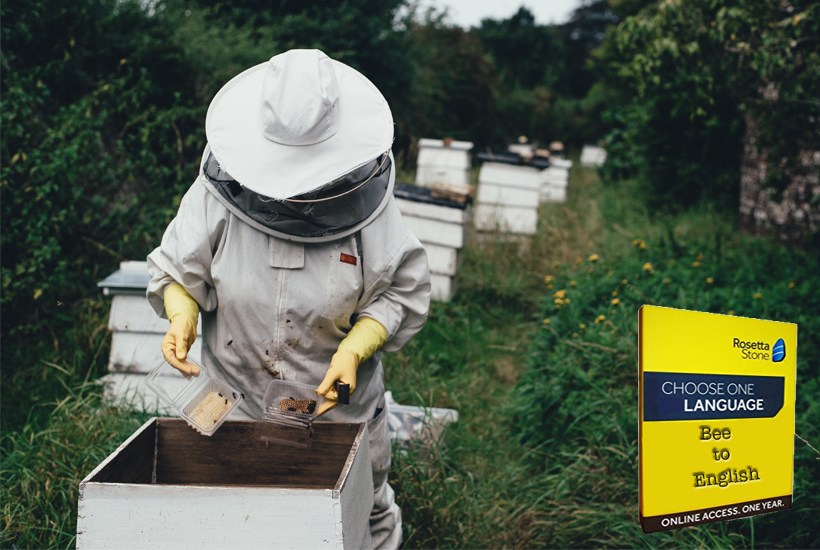 He went on about viruses, bacteria, mites and beetles. How they can devastate a hive and how difficult they are to get rid of. As he spoke, I got the feeling we will be erecting bug condos for all kinds of shady characters and even supplying them with food (meaning the bees). 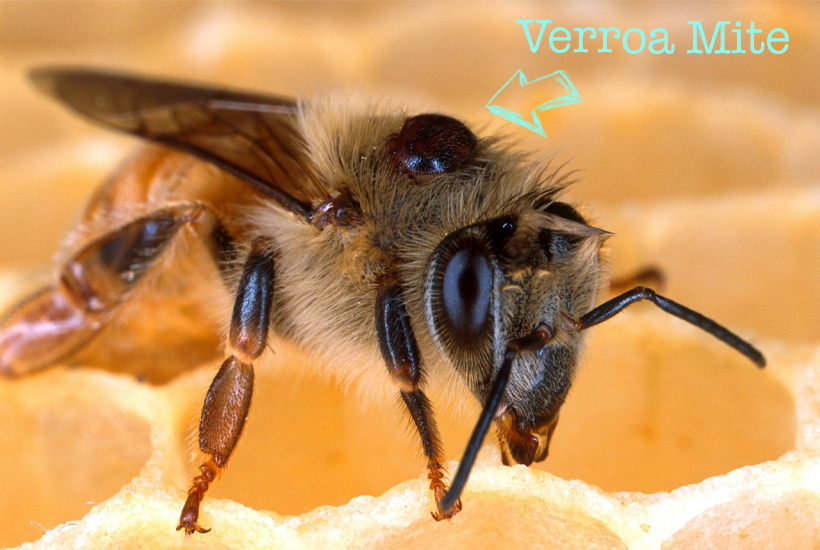 Now a smart person would be put off by this scary talk. A smart person would’ve grabbed a chocolate chip cookie and made a beeline for the door *Ahem*.  Not us! I actually found myself thinking “this will be quite the challenge like when George Washington crossed the Delaware to fight and win against the Hessian’s in the Battle of Trenton”.  I think I’d look good in a tri-corner hat. I like hats. And history.

Seriously though, we didn’t walk in thinking bees were super easy but for a first timer an hour and a half of bugs and blight was a shock! My ears were buzzing. My thoughts were swarming. Ya. Can’t pass up a good bee joke.

Most folks I’ve spoken to over the years have had a kicked back approach to their backyard bees “Oh ya, we have bees. Check on ’em twice a year” or “Yup, they made it through winter alright… I think”.

I know that I won’t be that kind of bee mom. 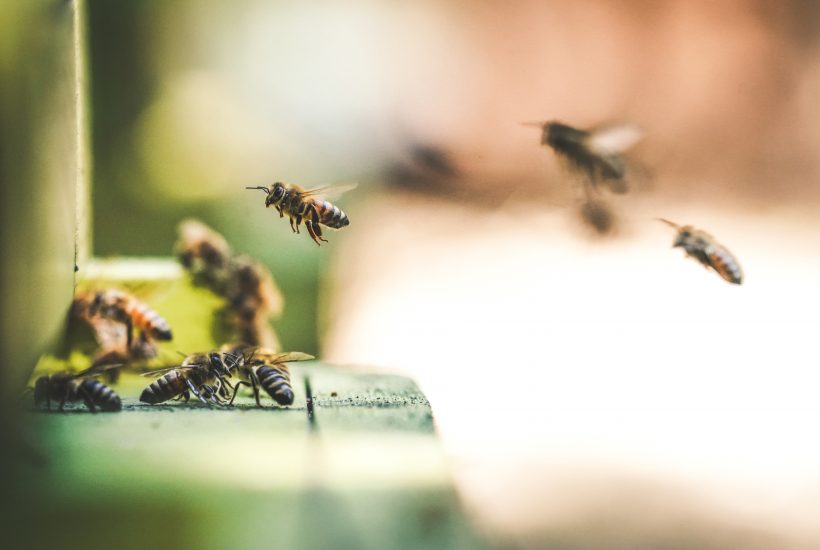 We are keeping bees mainly for our crops with hopes of luscious honey as a thank you for the lovely bug and beetle free-ish condos we provide for them. Let’s face it, a healthy hive will require some work! Thinking bees are easy to keep and forget, like that parsley turning dark green and watery at the bottom of your crisper, makes no sense to me. We will be “gloved” hands on parents! The majority of attendees told us we really should get a copy of “Bees For Dummies“. Was it my tri-corner hat? Whatever the reason we have purchased it and plan to devour our copy soon.

When Mr. Williams finished his bug horror stories and scaring the beegeezers *snicker* out of me, he asked for questions. I wanted to ask “why the heck are you people doing this”? I mean this is Beemageddon! However, I realized we found a group of folks we can relate to… the hard headed kind.

This looks much better than a mite

Mr. Bluejeans and I are looking forward to getting our first hive started, Beemageddon or not. And maybe I’ll start a new club: The Hard Headed Bee Keepers who Like to Wear Hats.

Do you have hives? What tips do you have for new bee keepers?